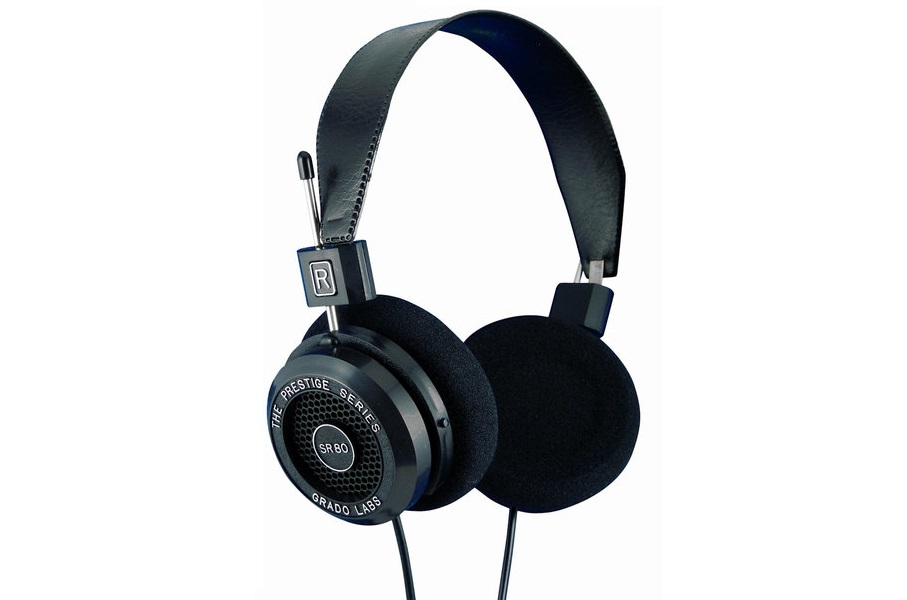 Part of the SR “prestige” line of Grado’s headphones, the SR80i (previously SR80, lately SR80e, but all three are almost identical) is an entry-level open-back can, mostly used as an on-ear wih the stock pads, called S-cushion (the one seen on the illustration). L-cushion or G-cushion pads “transform” them into over-ear.

Comfort is not so great, foam pads can apply pressure to the ears and headband doesnt have any padding. They are very easy to drive and can be driven from a phone.

Retail price is $100 which puts them against some other open headphones like the AKG K612, Sennheiser HD58X Jubilee or Hifiman HE-400i.

I am not very enthusiastic when I listen to them ; I find the midrange to be a mixed bag. It really depends on the tracks I use. Like most Grado headphones, the SR80i has a very narrow but sharp peak in the upper-mids (around 2khz) that just kills my ear when a song delivers a passage with emphasis in that area. Just too much.

Treble is actually not too bothersome, but grainy and not airy, and bass is weighty, mostly around 80-90hz. Sub-bass extension is definitely poor, worse than a HD600 or DT880. Imaging and staging are smallish ; and maybe it’s the lively sound but I don’t find them too compressed, especially for the price. Quite punchy and energetic sounding little cans.

It’s surprising (or not) to notice that the SR80i has an almost better frequency response than the most expensive Grado models (PS1000, GS2000) that seems to have worse treble behavior, with awful peaks. The SR60 / SR80 are decent sounding headphones for the price, but there are better options, like the Koss KSC75 or AKG K612.