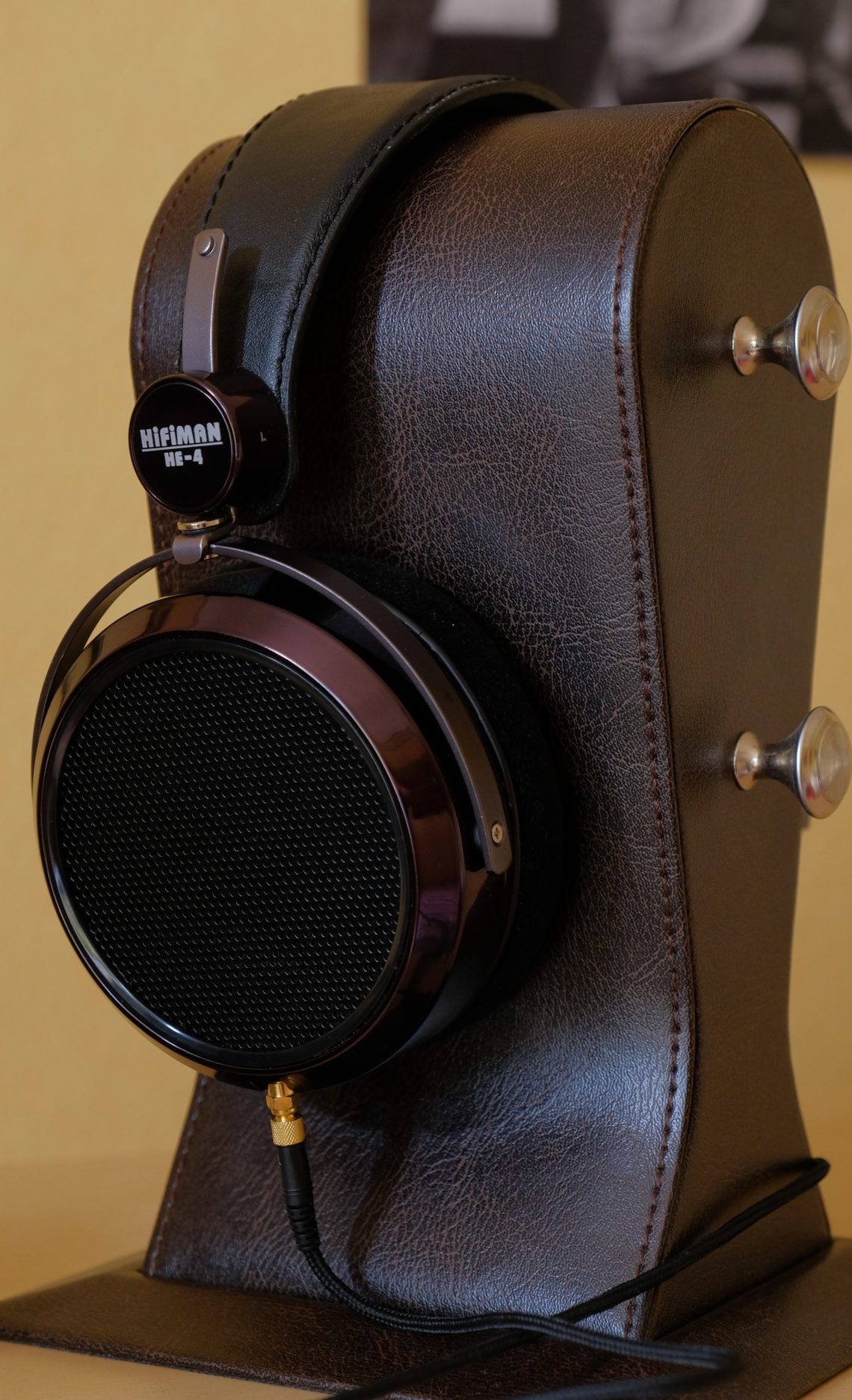 The Hifiman HE-4 was a middle-range model released in 2011. It was designed around a single-sided magnet configuration, as opposite to the bigger brothers HE-5 & HE-6. As a result, the HE-4 is quite light, at around 340g, and pretty comfortable, despite a moderate clamp.

A beefy amplifier is certainly required to drive this headphone well, as it is measured at 80 dB/mw, which is very inefficient, and not far from an HE-6 when it comes to current needs. The HE-4 is a scarce model. 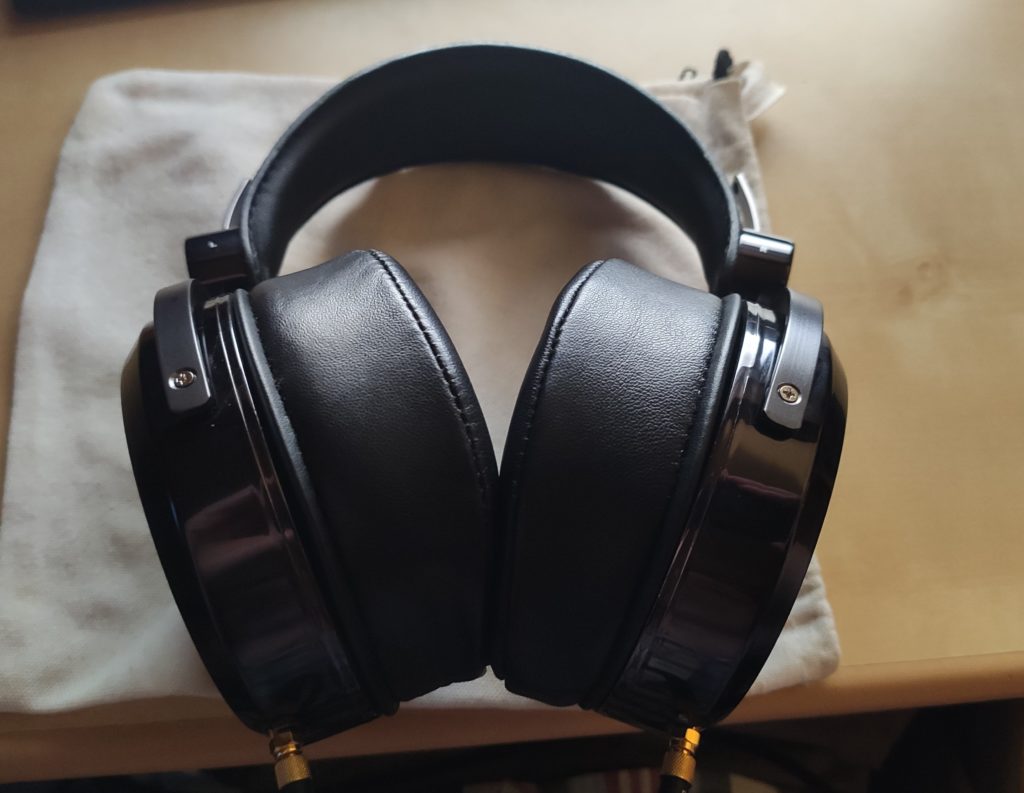 The HE-4 is generally an intense and painful listen. It’s a very, very bright sounding headphone, the brightest Hifiman I have heard. The tonal balance is slightly V-shaped and bright.

The bass has good extension and is controlled, but does not rumble as well as others Hifiman from the classic line, and it lacks a bit of slam. It can take EQ relatively well, when I tried a 3 dB bass boost around 50 Hz. The midrange sounds pushed back from 1 to 5 kHz. Past 6 khz, everything seems forward, with a sum of annoying peaks in the mid and upper-treble.

Listening to any harsh recording is a challenge with this headphone. The treble is not grainy, but distorts at high volume, and so elevated that it’s physically hard to go from song to song. Which is a bit sad because the resolution, clarity and speed are pretty solid considering the MSRP price ($450). The HE-4 is in another league compared to other HE-4xx models such as the original HE-400, the HE-400i/HE-4XX/HE-400s.

The HE-4 is very airy and open sounding, but the lean tonality and elevated upper-treble are forcing that presentation. It’s a punchy headphone and in my opinion, it trades blows with the Sundara in resolution and detail. The Sundara however has a more tolerable (still slightly V-shaped) tonality, with dipped upper-mids but a bit more bass body and less treble fatigue.

The HE-4 brightness is similar to the 4-screw HE-6 I’ve previously owned. Less low-treble (4-7khz), but more “air”. Which is simply too much for me. I would rather get an HE-500 which is not as fast and open as the HE-4, but immensely more pleasant to listen to.

I tried many alternative pads (pic is showing Brainwavs Angled Sheepskin pads), which helped taming the treble a little bit. I used circle felt (7.6cm diameter, with a 3.8cm hole in the middle) placed above the diaphragm, and it tamed the highs a bit more. I like them that way (felt + Brainwavz leather pads) ; they loose a bit of clarity and “open” stage but the treble is reduced. It’s easier to turn up the volume and enjoy that punchy and snappy headphone. 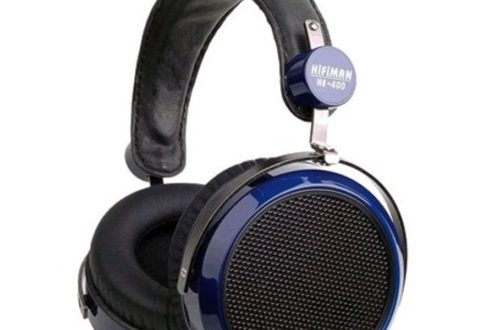 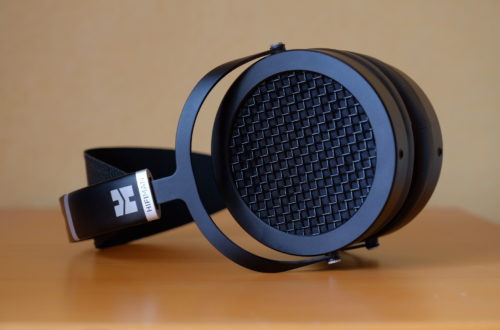 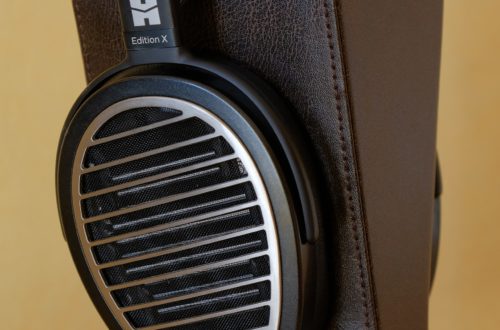